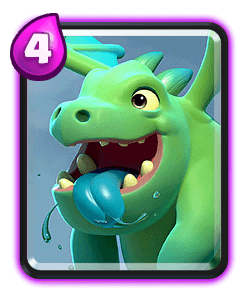 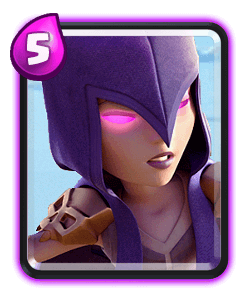 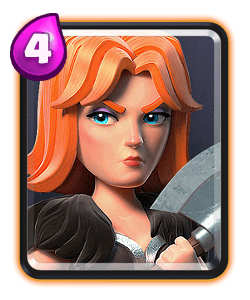 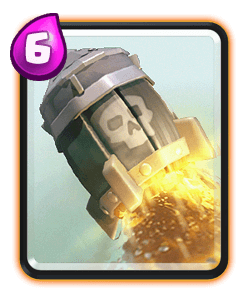 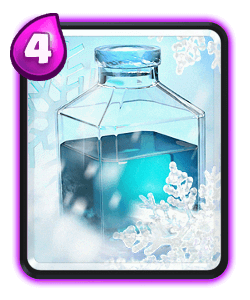 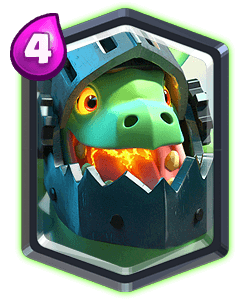 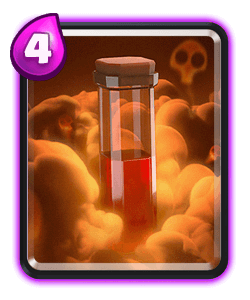 The deck's description from author

First of all tou need to master each card individually.
The reason is that you need to make decisions. And this is a heavy deck. It doesn't forgive, but it rewards if used patiently.

I will try to explain as brief as i can.

1) You do not attack first
Worst hand is poison freeze rocket pekka. If that happens either place your pekka as a defence against his atrack, or use your poison to change to an orger card.
2) but if you want to attack first you can. Start with inferno/ baby/ valkyrie/witch in the back. This is the basic full combo.
You can make combinations off of those cards. Valkyrie with baby and witch with inferno for example.
Key placements:
Inferno dragon should almost always be placed in the corners of the map. All the way left, or all the way right. This way you can hide him from spells such as tornado to the other side, and troops/building that are placed in the middle etc.
Baby dragon should always placed a little bit back from inferno because he is faster, and also we need him to clear troops such us skarmy bats that will confuse our inferno. This is the most important thing you need to understand about this deck.
You also need to master key placements such these for all the cards. Witch on the other side hitting giant skeleton and then lives to attack etc.

3)After understanding the basic attacks, we can add spells to the game. For example Witch and inferno are on the attack. We can aid them by using poison and/or freeze. We need to be sure to freeze the tower with at least one troop(valkyrie, electro, minion hordes etc) and watch the tower fall.

4)if you didn't destoy any tower and it's x2 elixir then prepare for a pekka attack!(see if he can pass first. The important thing here is to watch for counters up to x2 elixir.) See what can pass with the pekka in order to support him. For example if the opponent has a Valkyrie, avoid to throw your witch until the opponent throws her first away from your witch.
Pekka double dragons and maybe a Valkyrie with the intention of using poison freeze in mind.

5) Remember to always get value for your rocket. See a witch knight executioner wizard etc passing next to the tower, bring them down with a rocket. In the end, if you cannot pass the opponents defences, you can win with your spells. And also you can start a pekka witch push on the one side, and a Valkyrie baby on the other lane. If the opponent let the Valkyrie near his tower, freeze them to hell and watch Valkyrie do the job!

6)This deck requires a lot of skill to play.
Try to hide key card such as freeze rocket and pekka. Play them only if you cant defend otherwise.
Experiment with this deck.
Send me an email to lolitos233@gmail.com for any questions/suggestions.

The defense of this deck is godly. Hog decks and generally fast cycle decks are strong against this deck.
You must not give in the trap to defend everything. You must stack troops behind pekka and use freeze poison wisely, because freeze is key. Freeze only when you have lot of troops stacked. They can't stop you once you've all your troops near the tower and freeze.
Put a friend up to challenge you with friendly battles against decks that you have trouble with.

Start with easy decks first, and then progress.

We could talk for ever. Just try it. Be patient with it.

Send me an email to lolitos233@gmail.com for any questions/suggestions.

The following cards are used in this deck